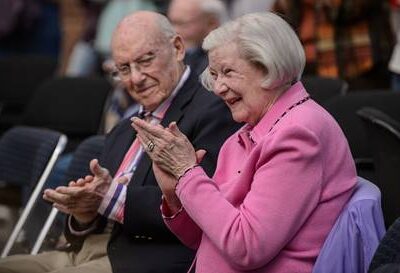 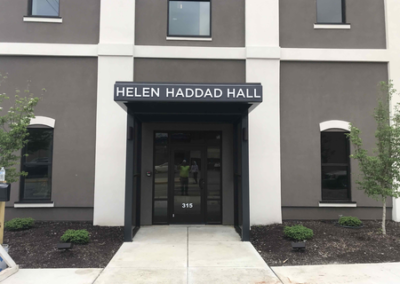 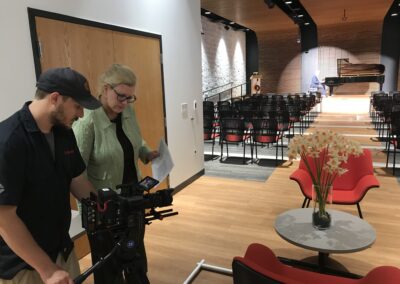 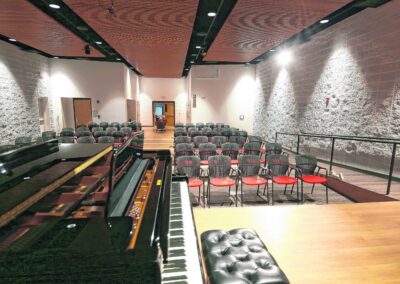 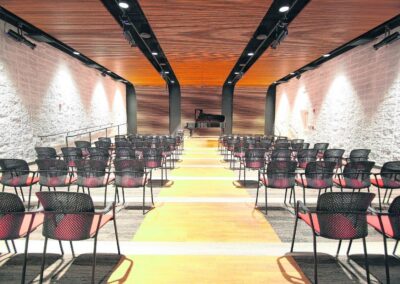 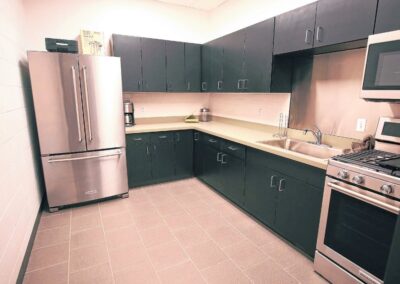 The Helen Haddad Hall renovation project, completed by Force Construction Co. Inc., added the performance and event space to the rear of the 141-year-old Columbus Indiana Philharmonic Administrative Office where a parking lot had been. It also refurbished and updated the exterior and the second and third floors where offices are located. Part of the upstairs work included re-opening long-bricked-up windows to let in more light.

The decision to name it after Haddad was made official after she and husband Bob Haddad, the founder of Columbus Container and also a huge supporter of the Philharmonic and its youth programs, donated $1 million to the effort in 2018. Plus, the couple donated the very building to which the new hall is attached.