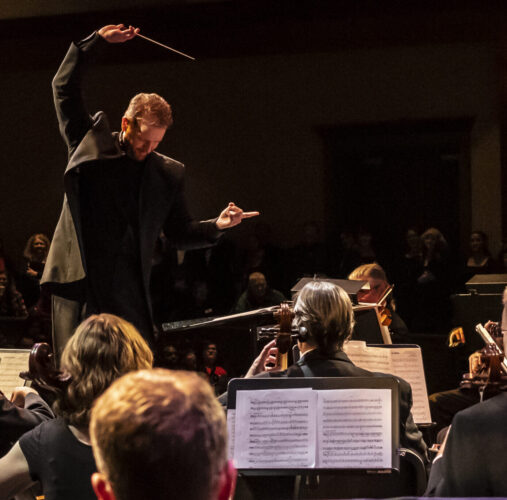 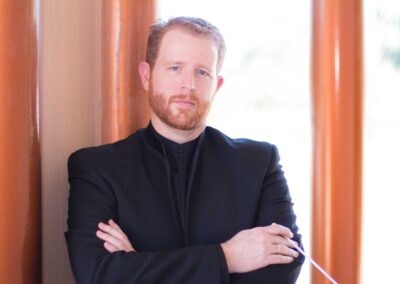 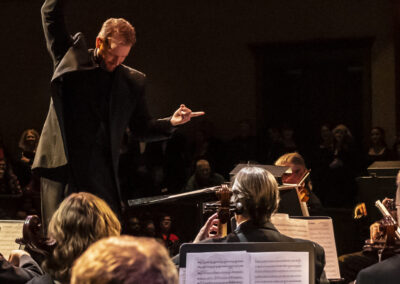 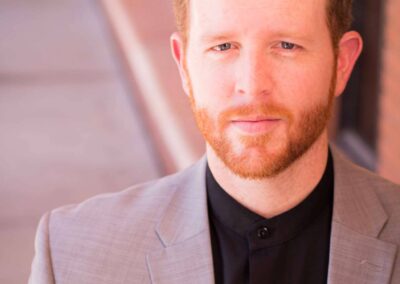 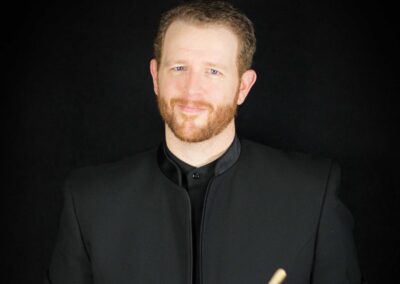 The award-winning Timothy Verville’s performances are hailed as “awe-inspiring” and for “bringing down the house” (Atlanta Arts Scene). He is praised for possessing “finely focused conducting, (in which) the energy and pace of the music never sagged” (Tulsa World). A creative force, his innovative, imaginative, and musically engaging approaches in the concert hall position him as a uniquely multifaceted and multi-talented conductor of the modern orchestral world.

As Music Director and Conductor of the Georgia Symphony Orchestra, Verville has energized audiences while increasing and diversifying concert offerings. His focus on audience engagement and outreach has been recognized throughout the community and in the League of American Orchestra’s “Symphony” magazine. His creative and collaborative programming has expanded the organization’s performance footprint and served to build bridges to underrepresented populations. In addition to conducting classics, pops, and special performances, he designs the Sensory Friendly concerts which have been supported by National Endowment for the Arts.

Born in 1974, Jonathan Bailey Holland earned degrees in music from the Curtis Institue of Music and Harvard University. He has taught at the Boston Conservatory and currently serves as the head of Carnegie Mellon University’s School of Music. But to say his compositions are solely academic would be a mistake. His works have been performed by major orchestras including the symphonies of Cincinnati, Dallas, Indianapolis, and the National Symphony Orchestra.

Motor City Dance Mix was commissioned and premiered by the Detroit Symphony Orchestra in 2003. In the piece, Holland blends the classical orchestra with the vibe of Detroit and its “Mowtown sound.” The work opens as if were the beginning of an album produced in the studios of that era. This then gives way to soaring strings and driving brass which further harkens back to that signature sound. It becomes difficult to not get wrapped up in the energy and pulse of the music, as the concert stage transforms into a dance club.

The work concludes gently, fading out as if the track has ended and the vinyl record that was playing now needs to be flipped. About the music, Holland says “it’s a piece that I hope is a fun piece for the orchestra to play and for the audience to hear.”

Made in America • Joan Tower
Composed in 1914
Est. Duration: 14 minutes

“One of the most successful woman composers of all time” (The New Yorker), Joan Tower (b. 1938) is one of the most important American composers living today. Her music has been performed around the world to great acclaim.

Made in America was premiered in 2005. It was made possible by the Ford Motor Company through a partnership program with the League of American Orchestras, and was co-commissioned by 65 smaller-budgeted American orchestras representing every state. In 2008, the recording of the piece won Grammys for Best Orchestral Performance, Best Classical Album, and Best Classical Contemporary Performance.

In speaking about the work, Tower said, “when I started composing this piece, the song America the Beautiful kept coming into my consciousness and eventually became the main theme for the work. The beauty of the song is undeniable and I loved working with it as a musical idea. One can never take for granted, however, the strength of a musical idea — as Beethoven (one of my strongest influences) knew so well. This theme is challenged by other more aggressive and dissonant ideas that keep interrupting, unsettling it, but America the Beautiful keeps resurfacing in different guises (some small and tender, others big and magnanimous), as if to say, ‘I’m still here, ever-changing, but holding my own.’ A musical struggle is heard throughout the work. Perhaps it was my unconscious reacting to the challenge of how do we keep America beautiful.”

In many ways, the Czech composer Antonín Dvořák (1841-1904) was a nationalist composer. His music is infused with folk influences, styles, and songs of his fellow countrymen. So it is a bit interesting that his most popular work (and one of the most universally popular symphonies) is one that was written while living in another country, and as a musical postcard of that country’s heritage as he claimed.

Dvořák was well known and well regarded before he traveled to America. But despite his successes, he was only rewarded modestly in financial terms for his work. So in 1892 when he was offered an extremely well-funded position as head of the new National Conservatory of Music of America, he leaped at the opportunity. During his three years in America, he not only composed his Symphony No. 9 but also his beloved Cello Concerto and the American Quartet.

But for all of Dvořák’s insistence, the ninth symphony remains something a little more European than American. The formal structure of the movements are of pure European heritage. The scales and orchestration follow many of his previous and subsequent works. And while the English horn solo in the second movement purportedly was of African American origin, the spiritual it is known as today came after Dvořák’s composition.

Dvořák had a great interest in the music of Native Americans and African American Spirituals and believed the future of music in the United States was based on this rich, untapped resource. But the American “influences” heard in the symphony are often less than clear. And further muddying the waters is the fact that they can be tied to many cultures not just in the US, but outside as well. And that is because as a country, we have been and continue to be one of the more diverse in the world, incorporating the sounds of other cultures into our own.

The US would not begin to truly hear American-infused classical music until the turn of the century with composers like Scott Joplin, George Gershwin, and others. So in this light, it would make more sense to not view Dvořák’s Symphony No. 9 only as a work of music that the composer said integrates American musical ideas, but rather something ideologically more significant. It is the result of a foreigner leaving their homeland in search of better opportunities. And once Dvořák was in the US, living comfortably and not worrying about his finances, he was able to work at arguably a higher compositional level. Although it was only for a few years, Dvořák experienced the American dream.

The first movement of the symphony opens slowly in a standard form before yielding to faster-paced music. In this, Dvořák presents the primary theme, which like all “good” themes is easy to recognize and hum (just like Beethoven’s Ode to Joy). The beauty of the music lies in its simplicity, and this is found throughout all four movements. During the remainder of the movement, there is a struggle between musical darkness and light, another aspect that also is found throughout the symphony.

The second movement opens with low chords from the brass and woodwind instruments. They then yield the stage to the famous English horn solo. This melody is most recognizable outside of the classical world as it eventually became the spiritual “Goin’ Home.” This music is longing, and some of the most intimate and beautiful solo writing in all of the classical repertoire. This is followed by a second section that moves forward, but still in a melancholic manner. Small references from the first movement make appearances later in the movement to help build simple and unpretentious cohesion within the larger symphony. The movement ends how it began, with the return of the English horn solo and the opening chords, followed by a few additional closing statements.

The third movement is a dance recognizably not of American origin, especially to those who have experienced any of Dvořák’s Slavonic Dances. It boisterously vacillates between sections of rhythmic hammering and simple, graceful lyricism. And as with the previous movement, fragments of the first movement theme also appear as an overall unifying element.

The finale begins with a brief motive that feels like it may have been the foundation for the main theme of the movie “Jaws” (Interestingly enough, these brief few measures were also used as the opening sample for the widely pervasive song “Baby Shark.”) But aquatic quotations aside, the music quickly moves into a heroic sounding soaring brass section. After the presentation of the themes, the music is best summarized by the educator and writer William E. Runyan in 2015:

“What then ensues is a magic development of all of almost everything that you will remember as a tune from all the movements–varied, combined, and worked through as only a composer at the height of his powers, and a true disciple of Beethoven and Brahms could do. Even without all of this truly admirable intellectual and musical discipline, the psychological buildup to the end is sheer joy to experience. Constantly changing moods, tempos, and dynamics inevitably lead us to the triumph at the end, as minor turns to major, sustained by fortissimo (loud) statements of our familiar melodies. Interspersed are the familiar ominous chords from the slow movement, now sounded out in stentorian tones by all the winds. A final last reiteration of the main themes of the first and last movements takes us home. When all has been said, it really doesn’t matter at all whether this magnificent work is from the “New World,” or the world of Dvorák’s beloved Bohemia-there is no doubt that it is from the musical world of a genius.”