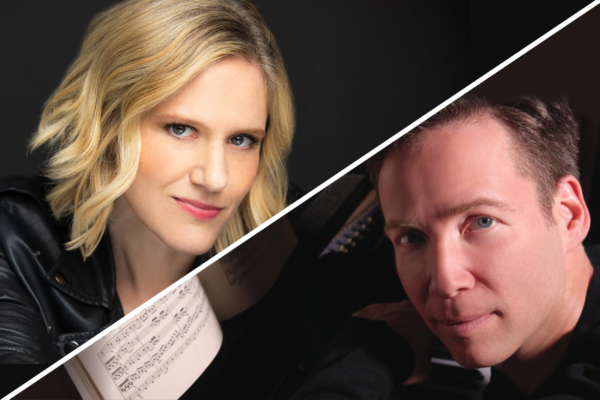 Dubbed the “leading lady of crossover” by Classical Singer magazine, Amy Justman’s career has spanned musical theater, classical music, jazz and beyond. The recent revival of Carousel marked her sixth appearance on Broadway, covering and performing for both Renée Fleming and Jessie Mueller.

Amy made her Broadway debut in the revival of Company, performing the role of Susan as well as playing piano as part of the actor‐orchestra. Other theatrical credits include In Transit and A Gentleman’s Guide to Love & Murder on Broadway, covering the role of Carlotta in both the Broadway and the 25th Anniversary National Tour of Phantom of the Opera, both the Broadway and Pioneer Theatre companies of White Christmas, and Clara in the off-Broadway revival of Passion at Classic Stage Company.

Steichen is a frequent guest conductor for the Boston Pops and the New Jersey Symphony, and has appeared with the symphonies of Detroit; Indianapolis; Naples, Florida; Portland, Oregon; the Florida Orchestra in Tampa; Cincinnati; Columbus, Oklahoma City, Hartford and the New York Pops. International appearances include the Hong Kong Philharmonic Orchestra, Tokyo City Symphony, the NDR Philharmonie Hannover at the Braunschweig Festival, and numerous appearances with the Norwegian Radio Symphony.